Vern F. Amick is capping his 32 years of service to Business Development Corporation (BDC) of SC by being recognized as Chairman Emeritus.

Amick, who had been Immediate Past Board Chairman, was elected to the emeritus role at BDC’s annual meeting on May 11. He first joined BDC in 1984 and became its President in 1987, leading BDC through a period of unprecedented growth until he retired in 2000. He then continued providing leadership as Chairman of the Board for BDC and as Executive Director of its affiliate, Certified Development Corporation (CDC), a company he was instrumental in founding.

The Prosperity native and Korean War veteran is a 1962 USC graduate and has had a diversified business career. At the age of 17, he began a three-year career working for Southern Railway in Baltimore, MD, and Washington, DC. After his service time and graduating from USC, he became an auditor with the US General Accounting Office in Washington, DC, transferring to SC in 1965 as a loan officer with the US Small Business Administration. He later served as its state director from 1975 until his retirement in 1982. After retiring, he spent two years with the former Bankers Trust of SC before he was recruited in 1984 to help prevent dissolution of BDC and to restore it to a viable non-bank lender for SC.

Amick is a Shriner and among other community activities, was one of the founders and president of the Lexington High School Booster Club and served on the Lexington County Economic Planning Commission. He acknowledges, however, that his varied activities and successes can be attributed to the support of his wife of 57 years, Patricia, and his family of three children and eight grandchildren.

In 2004, Amick received the Order of the Palmetto, the state's highest civilian honor, from Gov. Mark Sanford.

"Throughout his career, Vern Amick has helped South Carolina businesses get the financing they needed to survive and thrive. He created an alliance with the state’s banking community which helped develop BDC to what it is today. That only begins to describe the impact his leadership, integrity and judgment has had among business leaders and on economic development in the Palmetto State," said Edwin O. Lesley, CEO and Board Chairman, BDC. 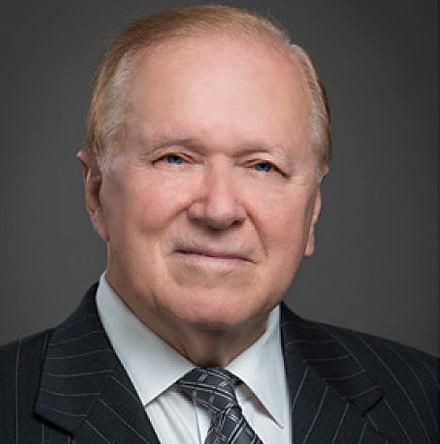